John Boyne is the author of 10 novels for adults, 5 for younger readers and a collection of short stories. Perhaps best known for his 2006 novel The Boy in the Striped Pyjamas, which sold nine million copies worldwide and was turned into a Miramax feature film, his adult novels, including The Absolutist and A History of Loneliness have received widespread acclaim and been international bestsellers. His most recent book, The Heart’s Invisible Furies, was published in February 2017. His books have been translated into over 50 languages.

Andrew McMillan was born in South Yorkshire in 1988; his debut collection, Physical, was the first ever poetry collection to win The Guardian First Book Award. The collection also won the Fenton Aldeburgh First Collection Prize,  a Somerset Maugham Award (2016), an Eric Gregory Award (2016) and a Northern Writers’ award (2014). It was shortlisted the Dylan Thomas Prize, the Costa Poetry Award,  The Sunday Times Young Writer of the Year 2016, the Forward Prize for Best First Collection, the Roehampton Poetry Prize and the Polari First Book Prize. It was a Poetry Book Society Recommendation for Autumn 2015. He currently lectures in Creative Writing at Liverpool John Moores University and lives in Manchester. 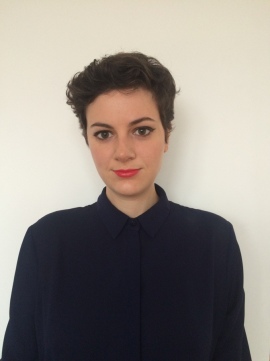 Eleanor is a columnist for the New Statesman and DIVA. As a freelancer, she’s written – on everything from queer politics to online dating – for the Guardian, Sunday Times and BuzzFeed.

Gary is Assistant Head of the Fiction Department at Foyles’ flagship store on London’s Charing Cross Road, where he endeavours to promote new writing, fiction in translation and independent publishing. He contributes to New Books in German at the Goethe Institut and is also a judge for the inaugural Republic of Consciousness Prize for small presses. 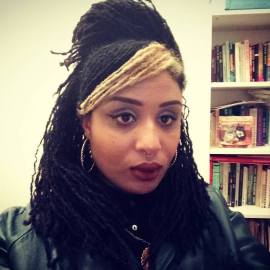 Chardine Taylor-Stone is a writer, cultural producer and feminist activist.  Her work is inspired by her experiences as a Black British working class woman having found her voice through alternative youth subcultures like punk and rockabilly.  As a writer and educator Chardine uses music, art and fashion history to instigate socio-political analysis. Chardine is also the founder of Black Girl’s Picnic, a movement in collective self care for Black women and girls, and Stop Rainbow Racism which works to stop racist performances in LGBTQ venues. Chardine also play drums for Black Feminist punk band Big Joanie.